Part of the Royal Museum of Greenwich and only a few minutes walk away from Cutty Sark & Maritime Greenwich DLR station, I’ve been dying to revisit one of my favourite place in London. I do miss the rough charm of the Queen’s House before works began, but now it’s a majestic place to house the impressive collection of paintings inside.

Inside, 22 spectacular rooms hang over 400 years of masterpiece paintings from the most eminent artists of the day. This year, the iconic ‘Armada Portrait’ of Queen Elizabeth I hangs for the very first time and Richard Wright, winner of the Turner Prize, has restored the unique and intricate ceiling to its former glory. You must see it for yourself. No photos can do it justice.

Possibly the most dazzling are the mesmerising Tulip Staircase. This ornate, self-supporting geometric structure is the first of it’s kind and the the location of the Queen’s House ghost sighting! Look up from the bottom of the staircase and unapologetically Instagram the hell out of it. It’s that pretty.

It’s a truly beautiful building in the most prettiest of neighbourhoods. It’s no surprise that many couples choose Greenwich for their wedding reception or pre-wedding photographs.

If you’re visiting Greenwich, The Queen’s House is a must-see on your tour of this historic and royal neighbourhood. It’s super close to other attractions such as The National Maritime Museum, The Old Royal Naval College, Cutty Sark. It’s also completely free of charge! 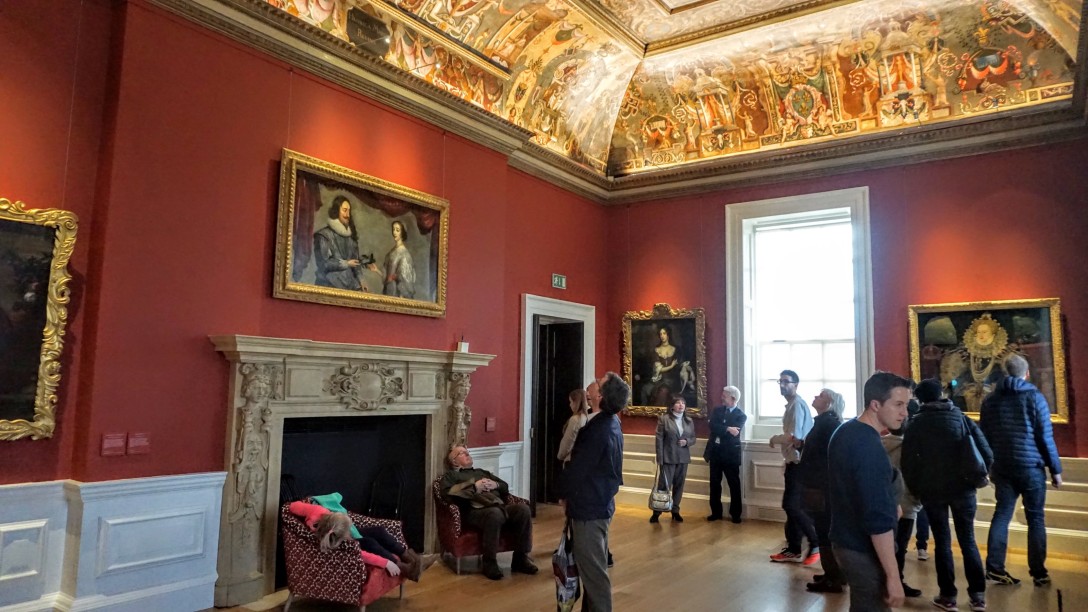