Restaurants and bars chains can get a lot of flak with its the standardised menu and homogeneous interiors.

A pub chain Wetherspoon may be, not all branches are exactly the same. If you let your eyes wander beyond the menu, you’ll appreciate the interiors and individual charms that is unique to each pub. Did you know some  Wetherspoons was once an opulent ballroom?

Even though it’s a pretty standard across pretty all its branches, the menu is still great with a wide selection dishes to choose from pub favourites including beef and ale pie, to healthier choices like a quinoa salad. Vegetarian and vegan are catered for too.

There is no denying that a good Wetherspoon pub offers a decent meal and beers at drinkonomical value. It’s why I quite enjoy visiting a Wetherspoon. Having been around a fair few around London, I can think of a few Wetherspoon who’s decor and location caught my attention. Here are my top 5 Weather spoon pubs in London:

Based in the City of London, The interior of The Crosse Keys is an impressive sight. Sadly, the image below doesn’t quite do justice, but it’s the best I have! Once an old bank, Wetherspoons has preserved many of the bank’s baroque features from the marble columns to the intimate nooks and crannies which hark back to the buildings halcyon days. You’ll be mistaken in thinking that his place is full of suits as its central location brings wanderers and explorers too.  It’s pretty spacious so even when it does become busy, you still have pretty decent chance of bagging yourself a table.

Located beneath the soaring skyscrapers of Canary Wharf,  The Ledger Building in West India Quay is another spacious Wetherspoon with a historic past. Once a former docks building, The Ledger Building takes its name from the historical usage as housing lodging for dock workers in the West India Docks. It’s now an inviting pub with contemporary and comfy settings with 3 dining areas, a lounge area, a bar area and an outdoor terrace at the front which is perfect on a summer’s day. It’s pretty much next door to The Museums of Docklands so grab a drink when you’re around.

Smack bang in the middle of legal London and next door neighbours to Lincoln’s Inn and the Royal Court of Justice, The Knight’s Templar is one of the posher Wetherspoons I’ve uncovered in London. As a former Georgian Bank, it’s preserved many of the bank old features including the ornate columns and a balcony that overlooks the pub below. It even has a private area for private functions.  Apparently, it once featured in a movie called ‘The Da Vinci Code’ starring Tom Hanks if you keep an keen eye on you. It’s not the biggest of pubs so expect it to be crowded after work. And lots of lawyers. 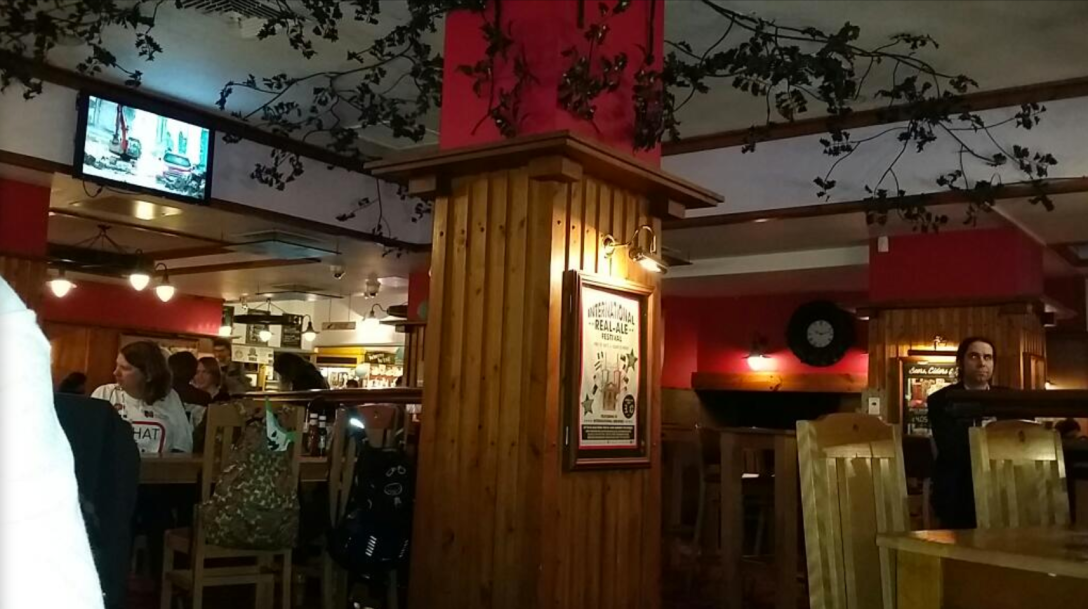 Another Wetherspoon to be found in legal London, The Penderell’s Oak along Chancery Lane occupies the ground-floor and cellar of Penderel House, named after Richard Penderel. At the end of the Civil War, in 1652, he helped King Charles II to escape from Cromwell’s troops by hiding the royal fugitive in an oak tree on his country estate. This might explain the tree branches that coils itself around corners and walls here. It’s surprising quite large, the basement is pretty big and nods towards its legal location with its very own mini law library.

Certainly the most opulent and striking Wetherspoon I’ve ever visited, the Hamilton Hall is a station pub in Liverpool Street and once a former ballroom of the Great Eastern Hotel that once existed beside the station. It was named after Lord Claud Hamilton, chairman of the Great Eastern Railway Company (1893–1923). It has three dining areas, and exquisite decor adorned with intricate details, golden guilds, and chandeliers.

Nowadays, it’s even easier to order your food and drink. Download their ‘Pay & Order’ app and in a few taps, you will have ordered your food without even having to get up and muscle your way to the front of the bar.

What do you think of Wetherspoons? Have I missed any here? Let me know below 🙂

Other restaurant blog posts: MOMMI; The Stables in Whitechapel; Afternoon at the Egerton House Hotel