Unlike my new years’ resolution to get fit, which has predictably paled away into non-existence (it’s not even the end of January!), my cravings for the steaming bowl of Japanese goodness has yet to be satiated and following on from my recent trip to Ippudo, I’m continuing on in my quest to find my favourite ramen bar in London.

In my next stop, my knackered feet took me to Tonkotsu, a casual Japanese dig in vibrant Soho. It was a freezing cold night. I’d just trekked from Hyde Park Corner and I’d not eaten anything all day. I was half-dead and needed something warm to revive myself before a theatre show. So what better way to do that than a steaming bowl ramen goodness? But will Tonkotsu deliver? It better – I was hungrier than Randel Santel on hunger strike. 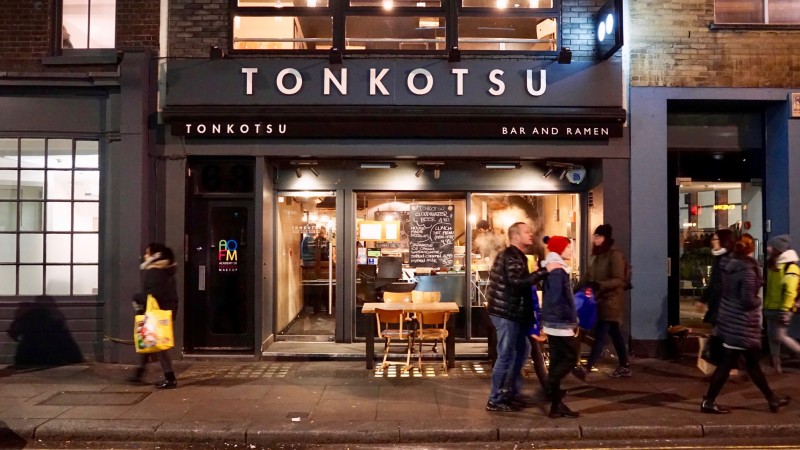 Immediately, I noticed Tonkotsu is a far cry from the sleek decor of Ippudo. It’s much smaller with a low ceiling riddled with pipes, splintery wood and exposed bulbs suspended everywhere above you. One thing to point out: for those who often dine alone like me, Ramen bars are a great place to eat when you’re on your lonesome. For people who feel awkward at the idea of eating out alone but still want to eat out, ramen bars are a great shout. 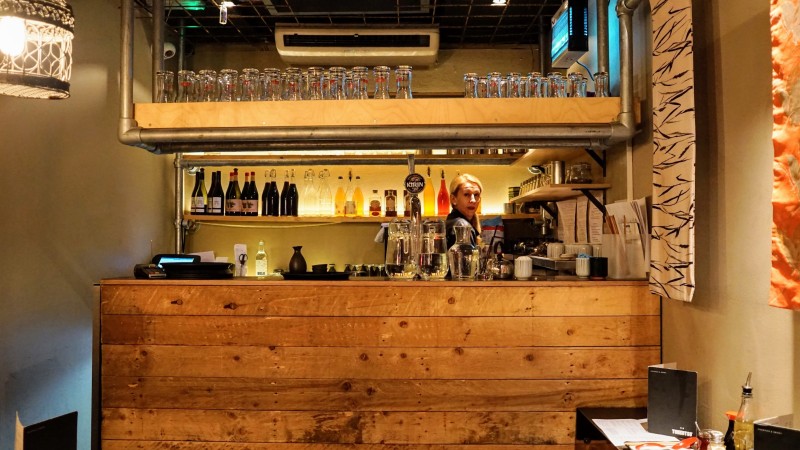 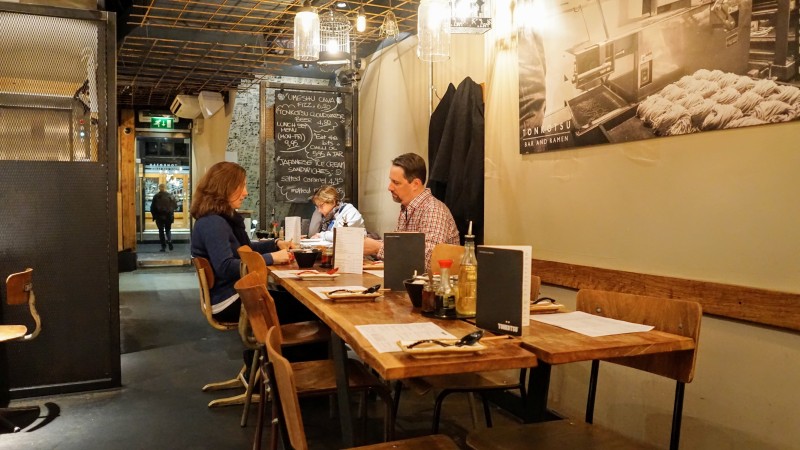 Being in no mood to experiment following my expedition from the arctic cold outside, I decided to assault the classic ‘Tonkotsu Ramen’ on this particular visit. According to the menu, there are bamboo sprouts, roast pork belly, spring onions, seasoned eggs and burnt garlic oil all swimming in a broth that’s been simmering away for 16 hours, enriched with lard and a sea-salt base to give a ‘fuller-mouth’ feel. I’ll be the judge of that.

Thankfully,  I’m happy to report that they got it right – just. The broth was creamy although could be thicker to my liking, the three slices of roast pork belly gave a melt-in-the-mouth, the seasoned egg still had a runny yolk (my fave), and the aforementioned veggies.  As conventional in ramen bars, you can customise them further by adding more meat, more veggies, more of everything at an additional cost. It may not look much on the surface, but underneath that broth is a mountain of home-made noodles. Enough to fill me up, and believe me I was hungry. 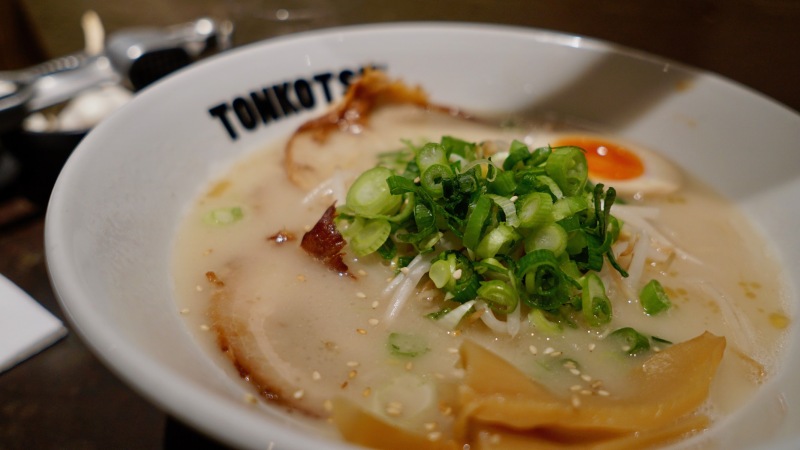 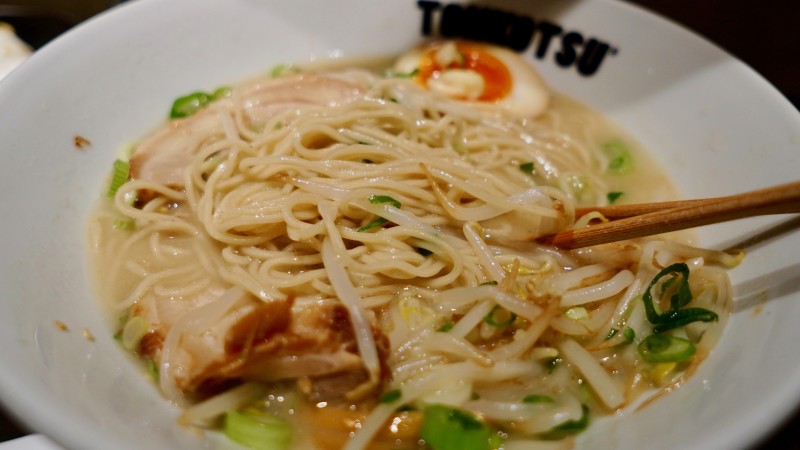 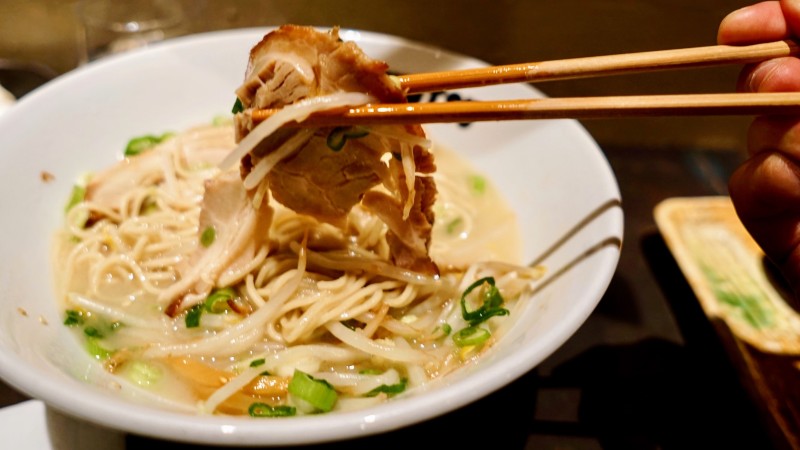 Just like any good ramen bar, soy sauce, pepper, vinegar and garlic are provided at the table to refine your ramen to suit your taste. I don’t know about you but I like mine garlicky. So garlicky in fact, I wouldn’t be surprised if I was on a vampire’s ‘avoid at all cost’ list. 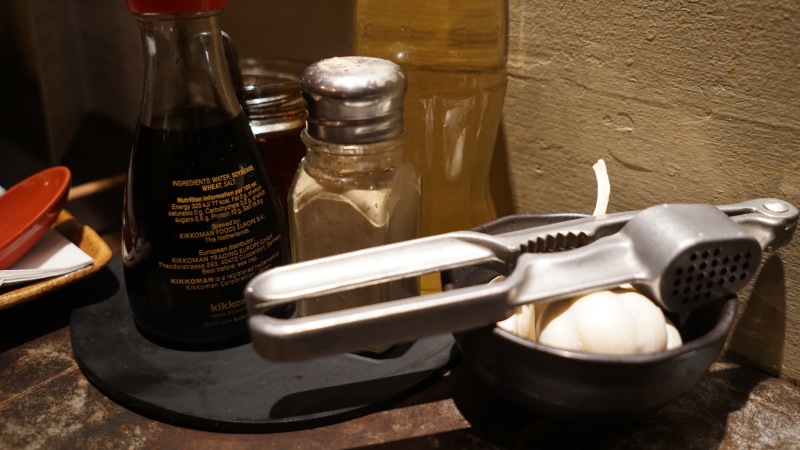 Although it doesn’t bother me too much, I did notice that the ramen didn’t arrive as piping hot as it perhaps should have. Unpalatably lukewarm it may seem to others, I wasn’t too bothered. I did notice it, though. I’m not even a foodie.

They serve cold ramen noodle salads too here. Probably as popular as a fart on an elevator in winter. But I can see these selling well in the height of summer. 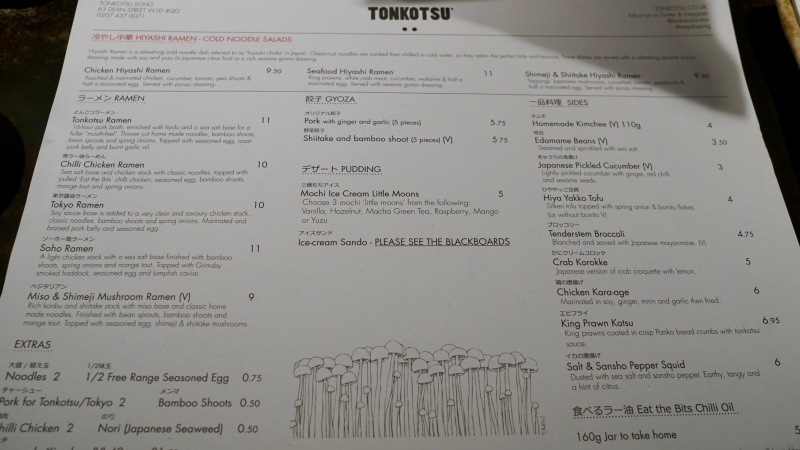 I can be quite a patient guy. But for people with as much patience as a football chairman, I am pleased to report that service was just as fast as Usain Bolt on steroids. I’d hardly had time to fire up my Facebook app to ‘check-in’ before I was served.

Despite the speedy service, I can still see this place being really jam-packed over lunch (12-2pm) and dinner time (6-8pm). It’s a small place as mentioned and I can quite easily imagine harried staff rushing around trying to get as many bums on seats as quick as possible, looking around frantically to optimise seatings. I was lucky to have arrived early ahead of everyone and it was pleasing quiet and relaxed. By the time I left, the restaurant was starting to fill pretty and was beginning to buzz. 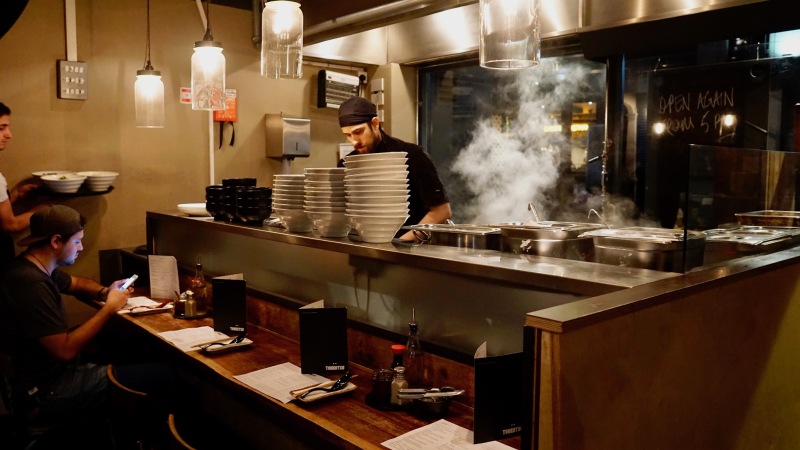 Finally, the price was very reasonable. The most expensive noodles topped £11 which is great for the wallet

Only time will tell if this will be crowned my favourite ramen bar but I have a feeling that Ippudo, although a little behind in the quality of the ramen, has the better overall dining experience. Make no mistake though, Tonkotsu is a casual, no fuss place for good ramen at a reasonable price. Good job Tonkotsu, good job.

Follow me on social media if you want. It’s FREE!